skip to main | skip to sidebar


I'm sure there are a lot of blurbs in blogland about this very thing, but I wanted to share my own adventures in getting my paws on some amber. I just want to say here that I know what amber is. I have friends with Lithuanian grandmas that sewed amber pieces into their clothes to make the journey overseas to America. Amber is precious and a little bit rare, and this is why we all love it!

So when I bought some "Baltic amber" from a seller on Etsy and was not terribly impressed with it, I left neutral feedback. The seller was not pleased. She swears that stuff was Baltic amber. I think she was hoodwinked on her end -- the stuff she sent me was copal.

I dubiously sacrificed a piece of it to some "testing" to make sure it wasn't plastic. It burned sooty, it smelled piney and it floated in salt water. It was an organic thing, but it wasn't fossilized amber.

Copal is amber's younger, smellier, stickier cousin. It's amber that isn't ripe yet. When you touch it, it leaves a slight sticky funk on your hands. Copal also tends to craze, which kind of makes me worry about the future of anything I'd use it in.


I hope this was a little bit educational. I learned to not challenge the opinions of suppliers on Etsy, lest they set me on fire. I also learned in all of my research that the big honkin' amber ring I bought for $8 on eBay all those years ago is probably heat-treated, compressed Baltic amber. The cute little inclusions in it aren't leafy bits, but exploded bits of condensation. Darnit. 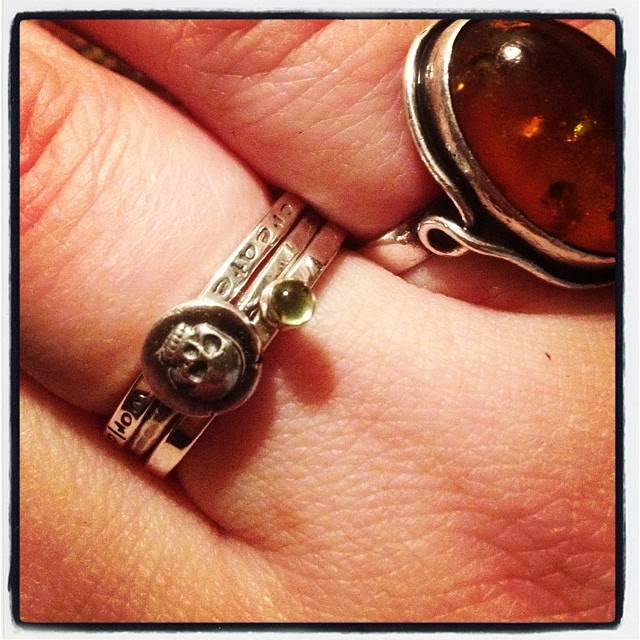 Oh well. It's still my favorite. The other rings in the picture are a skull wax seal ring from Sue Gray Jewelry, and story stack rings from Delias Thompson. They also make me smile. :)

I'm a weird, sentimental person. Silly stuff like a neat rock, fortune cookie fortunes or toys from vending machines are the souvenirs I keep from my travels...but not usually commercial-type touristy junk.

It is in this train of thought that I present to you, The Box. It came to me when my grandmother passed away, packed full of all kinds of wild seashells, some plastic discs, some clip-on earring findings and a tube of 1950's adhesive. I put all of that other stuff away somewhere -- I was smitten with the box itself. 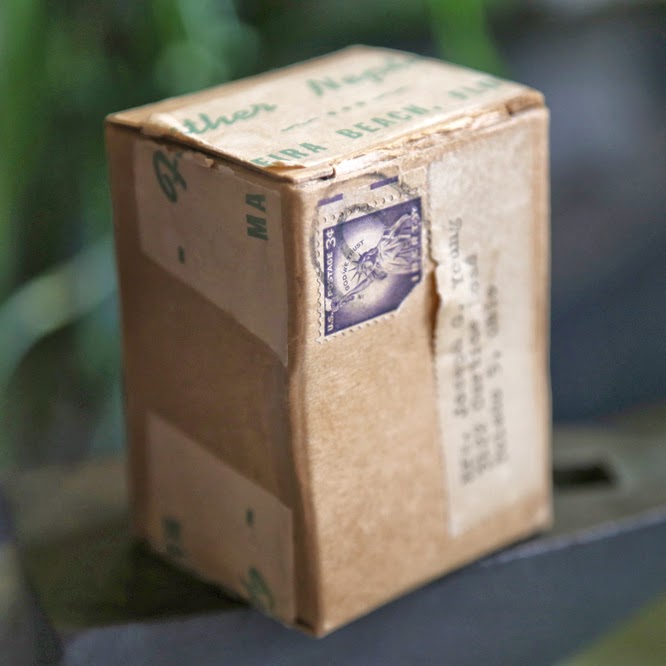 This is the box that  I use when I photograph pretty much every pair of earrings that I make. The address is for a house that was knocked over in the 80s to make room for a highway on-ramp. 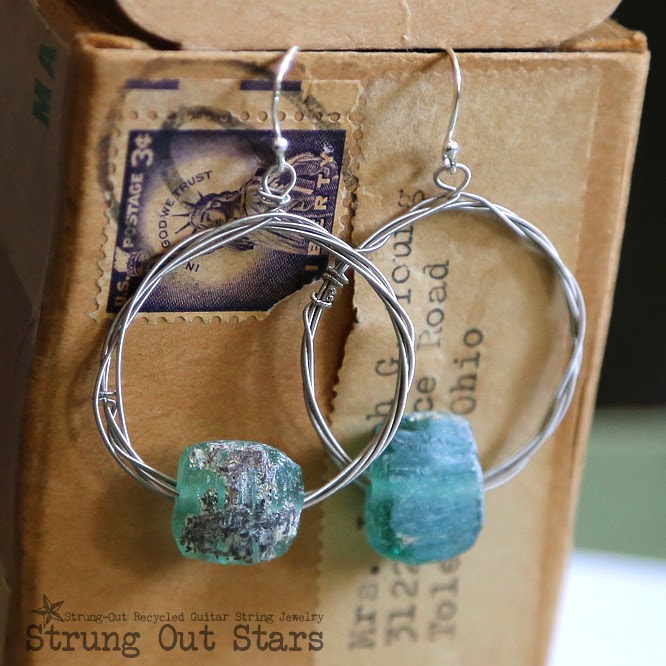 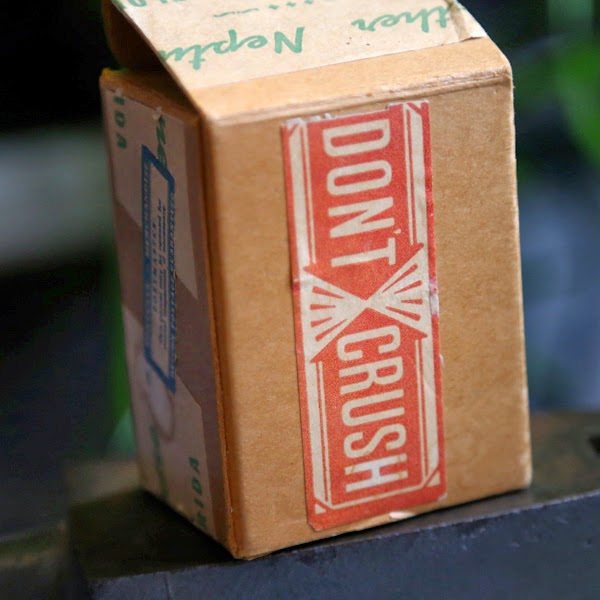 I think it's spectacular. The graphics are awesome. It boggles my mind that three cents could provide enough postage to send anything anywhere! 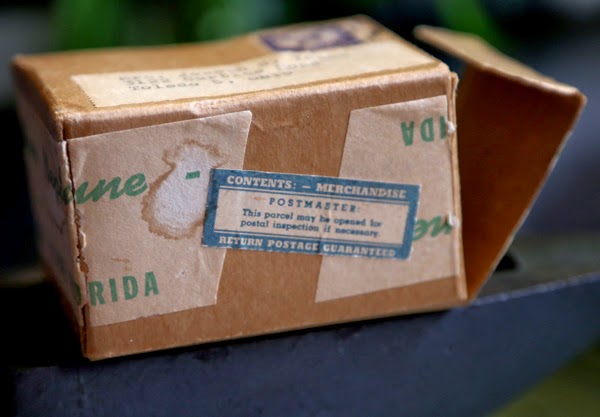 I don't really have a point for this post, except to share the origin of a random thing that shows up in so many of my listings. You don't need a fancy-pants studio setup to photograph your jewelry. You can use an unintentional heirloom and a little bit of sunshine! :)
Posted by Andi at 7:31 PM No comments: